A tad long but an interesting piece. Please do read..

Hydroxychloroquine has taken the world by storm. Every newspaper or news channel is talking about it and all countries are requesting India to supply it.

Well, there is an interesting bit of history behind it which goes all the way back to to Tipu Sultan’s defeat. In 1799, when Tipu was defeated by the British, the entire kingdom of Mysore and Tipu Sultan’s capital city Srirangapattnam, came under British control. For the next few days, the British soldiers had a great time celebrating their victory, but within weeks, many started feeling sick due to Malaria, because the area was a highly marshy with severe mosquito trouble.

The local Indian population had over the centuries, developed self immunity. Whereas the British soldiers and officers who were suddenly exposed to these harsh n humid Indian conditions of south India started bearing the brunt.

To quickly overcome the mosquito menace, the British Army immediately shifted their station from Srirangapattnam to Bangalore (That is how the Bangalore Cantonment was born).But the Brits still struggled with malaria because Bangalore was also a mosquitoe hub.

Around the same time, European scientists had discovered a chemical composition called “Quinine”, (extracted from certain tree barks of Peru) which could be used to treat malaria, and was slowly gaining prominence in mainstream medicine, but it was yet to be extensively tested at large scale. This malaria crisis among British Army came at an opportune time, and thus Quinine was imported in bulk by the Army and distributed to all their soldiers, who were instructed to take regular dosages even to healthy soldiers as well as to the soldiers of British stations throughout India as a precautionary measure.

Alas, there was a small problem. Although sick soldiers quickly recovered, many more soldiers who were exposed to harsh conditions of tropical India, continued to fall sick because they were not taking Quinine. Why? Because it was very bitter!!

Now it was found that the bitter Quinine mixed with Juniper based liquor, actually turned the bitterness into a sweet flavor.

That juniper based liquor was none other than Gin. And the Gin mixed with Quinine was called “Gin & Tonic”, which immediately became an instant hit among British soldiers.

The British soldier started swearing by it daily when they mixed it with Gin. In fact, the Army even started issuing few bottles of Gin along with “tonic water” Quinine as part of their monthly ration, so that soldiers could themselves prepare Gin & Tonic and consume it everyday to build immunity.

To cater to the growing demand of gin & other forms of liquor among British soldiers, the British East India company & their associates built several local breweries in and around Bengaluru, which could then be transported to all other parts of India. And that’s how Bengaluru became the pub capital of India way back during British times itself. Eventually, most of these breweries were purchased from British organizations after Indian independence, by none other than Vittal Mallya (Vijay Mallya’s father), who then led the consortium under the group named United Breweries with its flagship in Bengaluru.

Coming back to the topic, that’s how Gin & Tonic became a popular cocktail and is still a popular drink even today. The Quinine, which was called Tonic (without gin), was now widely prescribed by Doctors as well, for patients who needed cure for fever or any infection. Whenever someone in a typical Indian village fell sick, the most common advice given by his neighbors was “Visit the doctor and get some tonic”. Over time, the tonic word was so overused that became a reference to any medicine in general. So, that’s how the word “Tonic”, became a colloquial word for “Western medicine” in India.

Over the years, Quinine was developed further into many of its variants and derivatives and widely prescribed by Indian doctors. One such descendent of Quinine, called Hydroxychloroquine, eventually became the standardized cure for malaria because it has relatively lesser side effects compared to its predecessors, and is now suddenly the most sought after drug in the world today.

And that’s how, a simple peekaboo into the history of Hydroxychloroquine takes us all the way back to Tipu’s defeat,a mosquito menace, liquor rationing, colorful cocktails, tonics and medicinal cures. 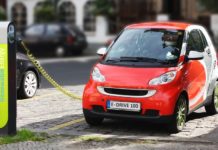 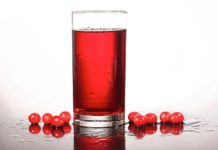 Welcome to my  personal page. My name is  Satyavrat Singh and I’m presently residing  in beautiful city Jaipur, the pink city of india. Read More